While outside a new marijuana dispensary, I prayed for a lady in a wheelchair with my friends Jason and Neil. She wasn’t totally paralyzed before, but her legs were emaciated and so teeny.

She had a large can of beer beside her in her wheelchair.

After we prayed, she got up and started to walk.

She began crying and said she felt tingly all over. Her husband with her started crying and asked us to pray for him.

A small crowd gathered around us.

Then the woman asked us for money. I told her we didn’t come to give money, but to give what we could.

Others gathered around us, wanting prayer. Just wanting to talk and hear about Jesus and what he would have to say to them.

Some other homeless guys started yelling at us, telling us to leave.

Then a white drug dealer came to the window. I felt a shudder in my spirit as he glared at us with malice. I wasn’t seeing him, I was seeing the spirits in the man who wreak havoc and keep the region under the sway of the evil one. Glimmers of light had broken through the darkness. The demons were agitated.

It was a spontaneous, multi-cultural, multi-spiritual gathering in the heart of the city.

A complex array of people, personalities, and problems.

A simply display of love inspired by Jesus.

A simple display of anger inspired by demons.

The city is complicated.

I know a few prayers, a few encounters aren’t going to change the city.

But a bunch of them can turn the tide.

One life at a time.

I’m feeling powerful and weak today, both at the same time.
Feeling reflective…

I’m driven by a passion.

But it drives me.

I want to be a better disciple.

I want everyone to try to do the same. 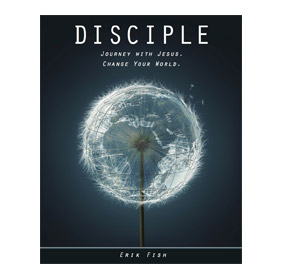