What An Old Man with a Bag Taught Me about Generosity
November 7, 2013
Stories | Theology
Erik Fish | Generosity | Generous giving

I’ve just arrived in Central America for a four month Sabbatical with my family. I wasn’t expecting to focus on generosity

It seems God is teaching me a lot of unexpected things these days.

God used two people to steer my thoughts this way.

A wealthy man on top of a mountain.

And a poor man with a bag on a street in Central America.

I guess I could call it a short tale of two kings.

A Wealthy Man on a Mountain

A few months ago, Jen and I and our kids were in the middle of a three-month tour of the US. We were quite worn out after spending a week in the ghetto of Atlanta. When we arrived in Chattanooga the following morning, we met a man named Daryl. This stranger, now a friend, asked us,

“Where are you staying tonight?”

Daryl brought Jen and I and our kids to stay with his family at their mountain home. As we shared an evening together, his kids played with our kids. They cooked a meal for us. Our kids rode horses and four wheelers. It felt like there was a cloud of peace over their whole estate. That night, Daryl spoke to me about the spirit of generosity. He told me stories of how he meets with billionaires around the world and challenges them to become generous and leave a legacy. He said many times, when they begin giving, they come to a revelation of God. 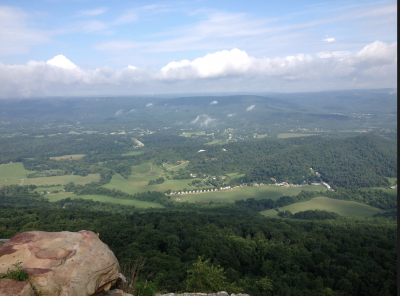 The thought struck me:

Generosity makes a doorway for God to move through.

It seemed kind of strange. Even counter to my theology. Surely our good works don’t earn us favor with God, do they? Then I remembered this story from the Bible.

God sent an angel to a pagan Roman soldier in the first Century, to give this message: “Cornelius! Your prayers and gifts to the poor have been noticed by God!” (Acts 10:3-4) 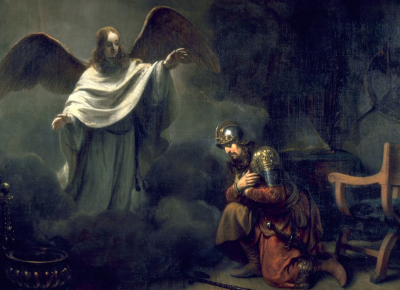 Who doesn’t want to be around a generous person? Evidently, God wanted to be around Cornelius! Who can say exactly what else God was thinking, but, at least in this case, something about generosity attracts the attention of God. Crazy.

As our family said goodbye to our new friends the next day and drove down the mountain, we began talking about our experience.

“You know,” Jen remarked, “That family doesn’t just give. They model a spirit of generosity. I feel like I encountered a deeper revelation of who God is just by being around them.”

Generosity isn’t just about funding needs and projects. Something mysterious happens when someone walks in generosity.  Something supernatural, even. Something about generosity attracts the presence of God.

The Old Man with A Bag 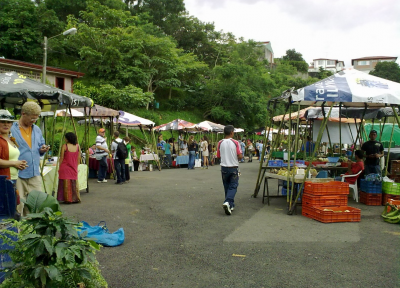 Jen and I and our kids went to the feria, an outdoor market where local farmers sell their produce on the weekends. As we were walking through town, an old man who looked very poor smiled and greeted us as we walked by. Slightly on guard, we politely said hello and walked past. Half a block later, one of our bags split open. Several pounds of produce spilled out and rolled down the sidewalk. 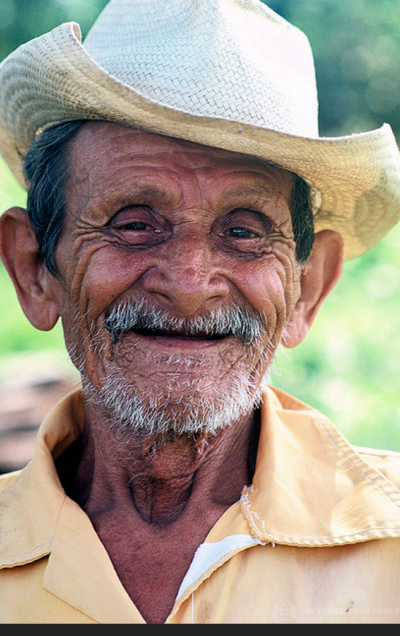 I was still a bit cautious, thinking he wanted money (or our produce!). The man knelt to his knees, helped us pick up the produce, and put them into the bag. He smiled a great grin of satisfaction as we thanked him for his generosity. The man walked away with his shoulders back, a grin on his face, looking like a man who was important in the world.

Generosity. Something even the poorest person on earth can be.

Some people can give ridiculous amounts of money and property.

Some people can give a bag.

Generosity is a key to fulfilling God’s best for our lives.

I’ve been thinking a lot about the ridiculous number of stories in the Bible about generosity.

Someone recently told me, “You can’t be a disciple of Jesus without becoming generous.”

There was a poor woman who gave a few cents and caught the attention and admiration of the Messiah King Jesus.

Jesus spoke of generosity when he said,

“As citizens of my kingdom, you have the power to outgive people. By doing so, you’ll start to overthrow their unjust systems, demonstrate a higher kingdom, and attract people to the goodness of who I am.”

Then there was the story of the generosity of a little boy who gave five loaves and two fish. He gave what he had. Jesus used this boy’s generosity to feed a multitude of many thousands. The story was recorded and has since spiritually fed billions more over the millennia.

Generosity is the seedbed of miracles.

Generosity is part of God’s redemptive mission for the planet. Central to all of human history…

“God loved the world so much, He gave…”

Jesus modeled a generous life – His very existence and mission on earth was the incarnate reflection of the generosity of God.

As His children, we’re created to reflect the generous nature of our Father.

Generosity is never to be exploited or abused. It’s like intimacy – something so precious and sacred, when it’s abused or forced, it causes great pain. But when it’s pure, generosity reflects the nature of God.

Generosity makes a doorway for God to move through.

So, here are some personal questions to lead you on a journey toward experiencing the supernatural blessing of generosity:

How can you reflect your Father God’s generosity through your life?

In addition to finances what would a generous life look like for you?

To whom can you reflect the generous nature of God this week?

Do you want the greater blessing Jesus said comes from being generous?

Ask God right now “Father, thank you for being generous with me. Reveal in and through me your spirit of generosity.”